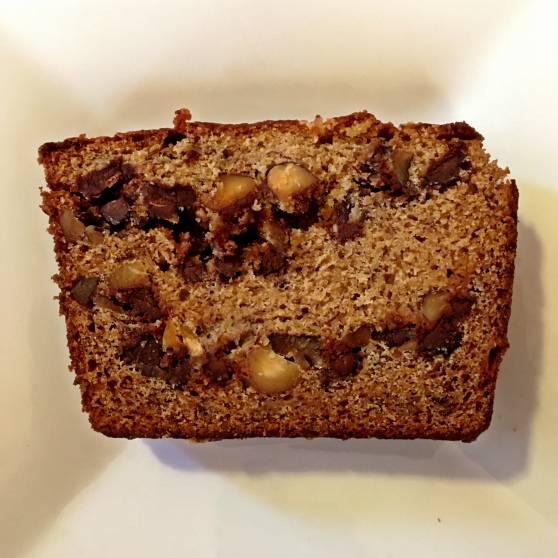 Today I went to the library all on my own. Before I hurt my knee I wouldn’t have commented on the independence of it, but being able to run small errands in the sun feels like a little miracle right now. I picked up Rage Baking by Kathy Gunst and Katherine Alford. You may have heard of it — a book of recipes accompanied by essays, stories, and poems by women activists, artists, and bakers — and you may also have heard that the authors failed to properly credit Tangerine Jones, a black woman who had popularized the hashtag ragebaking on Instagram. Frustrating, and why I got it from the library rather than buying it as I had originally planned. As a book it’s a little lightweight. There are definitely some recipes that I want to try, and I have a lot of empathy for the women whose anger at everything happening these days is overwhelming, but I thought it could have included more recipes, more women, more perspectives, more food history, &c.

And yet, as a concept, I am all in. While I was laid up, all I could think of was all of the things I would bake when I got well again. Yesterday I managed to make banana bread*. I gritted my teeth to get it done, even though I had to stop three times to rest while making it. Ridiculous. Banana bread is so easy to throw together, before Christmas I could have done it half asleep. Yesterday it was such an effort, but I did it anyway. There were overripe bananas that needed to be used, of course, but there was also the feeling, of needing to do something, right now. And this was something that I could do, right now. I’m not advocating baking as a replacement for voting, volunteering, and donating, but when you’ve done all of that, and you still need to do more, yeah. Better preheat the oven and get your apron on.

* My favorite banana bread recipe is on Epicurious, although I increase the salt to 1/2 tsp, use brown sugar for half of the sugar, and add 1/2 tsp cinnamon and 1/4 tsp nutmeg.

Behold the incredible spoiled puppy! Our coffee table has a lower shelf that we cleaned out before we got the puppy, so he wouldn’t chew on anything. But then he took to climbing in there to sleep sometimes, so Jere got him a bed to go on the shelf. Because he didn’t already have a bed, a crate, the couch, everyone’s laps, &c. to sleep on.